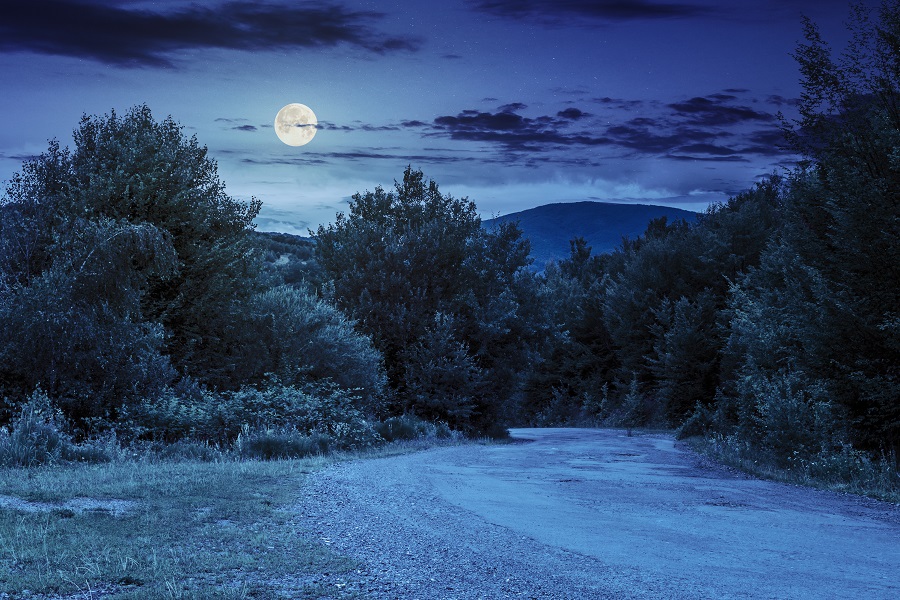 Nicodemus stood in the shadow of an ancient olive tree and fervently prayed for a cloud to cover the moon. Jesus would have to be sitting in the center of the only clearing in the entire grove. The moonlight exposed everything. When he planned this nighttime visit to the Galilean teacher, the courageous temple cleanser, he forgot that the moon was at its fullest during Passover.

Of course, no one would know by looking at Nicodemus that he was a highly respected member of the Sanhedrin, a renowned teacher and scholar, and a Pharisee of Pharisees. He purposely wore nothing that would identify him as such. And he wore a long dark robe with a hood to shield his face. But he still hesitated to step into the moonlight and approach the Galilean.

If word of this visit ever leaked out, Nicodemus would be ruined.

A hand gripped his elbow, and he froze.

“Master,” Adin, his most trusted servant whispered. “All of his disciples are sound asleep.”

Nicodemus exhaled slowly and relaxed. How Adin was able to discover such things was beyond him. He hadn’t heard or seen anything of him until he materialized at his side and whispered in his ear. But he was incredibly grateful.

He stood a moment longer eyeing Jesus, trying to formulate his introduction.

When Jesus got up and moved to the shade of an olive tree where a couple large flat rocks provided seating, Nicodemus’ heart skipped a beat. Was it an invitation? Could Jesus know he was here?

And waste all the effort Adin had made to find out where to come and ensure that no one would be aware of his presence? No. It was now or never.

Taking a deep breath and keeping in the shadows, Nicodemus moved to join Jesus.

“Rabbi, may I join you?”  Nicodemus asked quietly.

Jesus looked up and smiled his welcome, motioning to the rock nearest Nicodemus.

Sitting down, Nicodemus took a moment to compose his thoughts. Leaning forward he said, “Rabbi, we know that you are a teacher who has come from God. For no one could cleanse the temple, perform miracles, and teach such astoundingly deep spiritual lessons as you do if God were not with him.”

Flattery had always served Nicodemus well when talking with other people. It invited trust and often caused them to share more than they otherwise would. Nicodemus hoped it would do the same with Jesus.

Jesus looked straight into his eyes as if reading his very soul. It was disconcerting…unnerving, in fact. Nicodemus finally looked away. He couldn’t think straight looking into those eyes.

Jesus didn’t wait for him to say anything. Instead, He said,

“I tell you the truth, unless you are born again, you cannot see the Kingdom of God.”

Nicodemus’ mind reeled. Was Jesus trying to say that he, Nicodemus, teacher of teachers, a Pharisee was too carnal to understand the things of God? He looked back at Jesus and found He was still looking at him. Not hard or accusing. Just steady. He felt exposed and suddenly his religion seemed shallow and…empty. It irritated him.

Feigning confusion, Nicodemus protested. “How can a man be born again when he is old? No one can enter his mother’s womb a second time and be born again. That’s ridiculous.”

Jesus smiled and nodded His head, “You are right. I am not speaking of a physical rebirth. I tell you, no one can enter the kingdom of God, much less understand the things of God unless they are born of water and the Spirit. The carnal nature can only produce carnal accomplishments, but the Spirit gives birth to spiritual life. You, above all people, should not be surprised that I said, ‘You must be born again.’”

Nicodemus remembered listening to John the Baptist preach. He knew that Jesus was saying that he needed a spiritual rebirth just like John the Baptist advocated. But John’s was based on repentance. What did he, a strict Pharisee, need to repent of? He didn’t know whether to be angry or amused. He followed all the rules to the letter.

“The carnal nature can only produce carnal accomplishments” Jesus had said.

Was he saying that all his rule-following wasn’t enough to enter the kingdom of heaven? Nicodemus squirmed on his rock seat. This was not going the way he had imagined.

Jesus looked up at the olive tree. There was just the hint of a breeze moving its leaves. “Listen. Do you hear the wind? It’s so mysterious. It blows wherever it pleases. No one can harness it or control it. You can hear it, and see what it does, but you have no idea where it comes from or where it is going.”

He looked back at Nicodemus again, “That’s exactly how it works with everyone who is born of the Spirit.”

Wonderful. All my strict rule-following avails me nothing, but the alternative takes it completely out of my hands and makes it some mysterious God thing.

Part of Nicodemus wanted to get up and leave. How could this uneducated Galilean dare to talk to him, a member of the Sanhedrin, like this? But the other part of him felt an aching hunger for something more than his religion had given him to this point…something deeper. Could this home-schooled upstart teacher have the answer?

There was only one way to find out.

“How is that possible?” Nicodemus asked.

Jesus lowered his voice. “You’re a teacher of Israel and you do not understand these things?

Nicodemus flinched, but as he studied His face, he saw no condemnation there, only earnest love. He sighed. It was true. Renowned Israelite teacher or not, what Jesus said mystified him.

Jesus leaned forward, “Listen carefully. We are sharing with you truths that We know are certain and We are testifying about things We have seen with Our own eyes, yet men like you will not accept Our evidence.”

Nicodemus’ eyes widened. He was using the plural pronoun as it was used in Genesis when God said, “Let us make man in our image.”  From any other mouth, it would be blasphemy. But coming from Jesus…?

Jesus saw Nicodemus’ reaction and his voice softened, “If I have spoken to you about things which happen on this earth and you will not believe me, what chance is there that you will believe me if I tell you about what happens in Heaven? No one has ever been up to Heaven except the Son of Man who came down from Heaven.”

Nicodemus reviewed the events of this Passover week. From the moment the corrupt priests and merchants had fled from Him, he had known that Jesus was no ordinary teacher. The conviction had only grown stronger as he listened to His teachings and watched him heal the sick.

Why was he still trying to convince himself that He wasn’t anything special?

Letting go of his pride and preconceived ideas, Nicodemus relaxed for the first time. No more pretense. “I’m ready to listen,” he said.

Jesus sat up. Nicodemus could tell He was pleased.

Then looking away from Nicodemus with a mixture of emotions that he couldn’t read, Jesus said, “You remember how Moses lifted up the serpent in the desert so that anyone bitten by a venomous snake only had to look at it to receive life again? In the same way, the Son of Man must be lifted up, so that whoever believes in Him may have eternal life.”

Wait. What does this have to do with the new birth? Nicodemus wondered.

But Jesus wasn’t finished. “This is how extravagant God’s love is for this world, He willingly gave His one and only Son so that absolutely anyone who believes in Him will not suffer annihilation but enjoy eternal life. After all, God did not send His Son into the world to condemn it, but that through Him the world might be saved. That is why anyone who believes in Him will never face judgment. But anyone who does not believe in Him stands condemned already because he refused to believe in God’s one and only Son.”

Due to long years of practice, Nicodemus was etching every word firmly in his memory for later. However, the concepts were coming at him so quickly that he felt overwhelmed. Jesus was describing a God of love, not of vengeance. That was quite a shift from what the leading minds in Israel believed and taught…what he taught. And was Jesus referring to Himself as both the Son of God and the Son of Man? Before he had time to analyze it further, Jesus continued,

“This is the verdict: God’s Light came into this dark world, but the people preferred the darkness over the Light because their deeds were evil. Everyone who loves sin hates the Light. They don’t even want to come near it because it will expose their sinful deeds. However, whoever does what is right and loves the truth not only comes to the Light but basks in it. And everyone can see that all they do is not only right but done through the power of God.”

Jesus paused to let His words sink in.

Nicodemus felt lost in a sea of new ideas. Prior to this interview, Nicodemus felt sure of himself. His knowledge of scripture and spiritual matters was unparalleled in all of Israel. But in less than half an hour face to face with Jesus, he was no longer sure of anything. It was unnerving and yet…. exhilarating.

Jesus stood and moved to place his hand on Nicodemus’ shoulder. Nicodemus looked up into His face and found his anchor in the love and acceptance he saw there.

He couldn’t think of a thing to say.

Jesus smiled and squeezed his shoulder, then turned and walked away.

Nicodemus sat where Jesus left him until Adin materialized at his side again.

Nicodemus nodded and stood. He needed to record every word Jesus said here tonight as soon as possible. He didn’t want to forget any of it because it was so radical and profound, he knew it would require much study to understand it all. Turning, he followed Adin from the garden and back into the city of Jerusalem to his home.

**A combination of the New King James Version, New International Version, New Living Translation, The Living Bible, and possibly a couple of others, along with some Bible commentaries and a good bit of literary license by the author were used to recreate the dialogue between Jesus and Nicodemus in a more reader-friendly version.