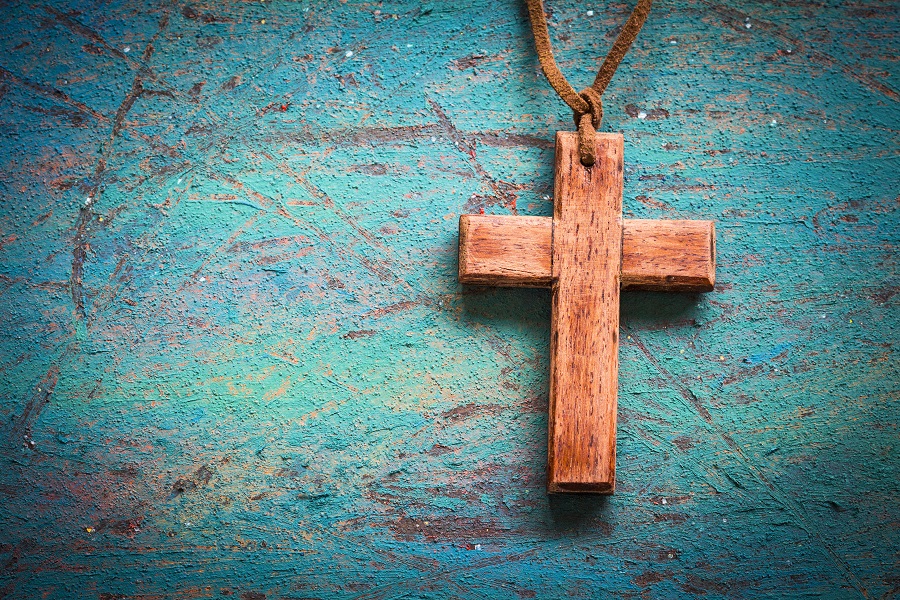 Has Jesus’ Death Become Too Mundane?

Do we suffer from “hindsight bias”?

Easter is the yearly commemoration of Jesus’ death and resurrection. We listen to sermons, sing songs, watch re-enactments, and go through the motions.  But do we really grasp the enormity of His sacrifice?  Do we glimpse the unbelievable scope of what took place?

Or have we become so saturated with the Christian cross decorating our churches, our homes, our Bibles, our jewelry, that it no longer evokes the horror that it was?

Has the Passion of Christ become so familiar it no longer astounds us?

It is so easy to look back 2,000 years at the sacrifice that Jesus made on our behalf and totally underestimate the emotional, spiritual, and physical trauma Jesus went through.

We read the story from our comfy chairs and think the outcome was inevitable. That the success of His mission to this dark world was a foregone conclusion.  That somehow, He didn’t really feel the pain that much, the temptations were not that strong for Him, that He was immune to the ridicule, rejection, loneliness, and all the other abuse He suffered.

Psychologists call this “hindsight bias”.  We look back at an event and think the outcome was predictable; a foregone conclusion.

We look back at Jesus’ life and death and completely miss the fact that it was the biggest gamble the Godhead ever took.  We miss the fact that all the angels, the entire universe actually, watched the drama unfold sitting on the edge of their seats—eyes wide, knuckles white—waiting to see the outcome.

Who Would Win This Contest?

Would Satan defeat Christ and prove he was right all along?

Or would Jesus be able to completely lay aside His godhood, live dependent on His Father (as every other human must), and lay down His life for these blind, selfish, egotistical, and sinful humans, (the majority of whom would never even recognize or accept the gift He came to give)?

The Stakes Were High

The entire universe is directed by God’s law of love.  And God’s character IS love.  If love failed, God would cease to be God.

If Jesus failed to uphold those laws against all that Satan, his demons, and humanity could do to him, those laws would have failed for everyone, fallen or unfallen.  Satan would not just have won control of this world, but control of the Universe.  He would have achieved his goal of raising his throne above that of God Himself (Isaiah 14:12-14).

And we think that because Jesus was God and He knew the end from the beginning, He never even thought about not doing it.  But the Bible gives us a brief glimpse of the immense struggle it was for Jesus to follow through.  It is most clearly seen when He is on the way to Gethsemane with His disciples.  The weight of it, the terror, the horror of it weighed Him down so much that He staggered as He made His way into the recesses of the garden.

When he reaches a spot of semi-seclusion, He fell to the ground (not decorously kneeled) and agonizingly pled with His Father to remove the cup.  He spent several hours, not minutes, wrestling with the decision (Matthew 26:36-43).  In fact, an angel had to come from heaven to strengthen Him (Luke 22:43) or He would have died long before they could kill him.

Even after the angel left, the internal turmoil and stress were so great, His blood was pressed out through his pores like sweat.  Only a God-human could hold up under the pressure.

The Choice He Made

The absolutely amazing, incredible, incomprehensible thing is… He chose to go through with it.  In the end, He chose to drink the cup to the very last drop.  And once the decision was made, there in the garden, He no longer shrank back.  Instead, He stepped forward to meet His betrayer.

What a God we serve!

With that in mind, let me share my amplified and paraphrased version of Isaiah 53 with you.

This gospel message that You have given to us to share with the world is so incredible that who is going to believe it?  It is truly the revelation of Your saving power.  And it is only because of Your power at work in us that we are able to understand even a tiny portion of it.

Jesus—one of the Trinity, God Himself—chose to become a servant—the means by which God could reveal His unconditional love and saving power to us.  He chose to reduce Himself to the lowest rung of human society and come as a servant, a descendant of David; that out of the dry, dead root of Israel, Jesus would be born, like a sprout, a tender green shoot coming up in a barren desert land.

He did not come with power and great majesty. He was not rich or famous. He possessed none of the things that would attract us to follow Him.  From His birth, He was despised by Gentiles and Jews alike. Herod tried to kill Him and His people refused to believe the shepherds or the magi.

He was well acquainted with sorrow, loneliness, rejection, and the bitterest grief.  When He suffered these things, we turned our backs and looked the other way because we were concerned only about ourselves and our ideas of what we thought would be our salvation.  He was despised and we didn’t care.

The sad thing is, it was our own weakness, our own fears, and sorrows that he carried; that weighed so heavily on his mind and heart.  And instead of recognizing that, we thought His troubles were a punishment from God, that they were a result of His own sins.

His Suffering Brought Our Healing

The wounds He received should have been ours; the unrelenting pain of rejection, loneliness, betrayal, and the sinfulness of sin—our sins that were placed on Him—crushed the very heart and soul of Him to death.  He endured being beaten with rods, that we might have peace.  The lacerations he received from the whipping brought healing to our hearts, minds, and souls.

All of us, like dumb sheep, of our own volition have stopped following God and gone off on our own.  But in spite of the fact that it was our choice and our own stubbornness that got us into this mess, the Lord laid all the guilt, all the responsibility, for our sins on Jesus.

The treatment He received at the hand of the priests and the people was horrible and unjust, and yet He never said a word. Jesus, who had unimaginable God powers, meekly allowed himself to be led to the place of sacrifice. Just as sheep are silent before the shearers, He never opened His mouth to defend Himself or to contradict what was being said.

From the prison and unfair trials, they led Him to Golgotha to die. And not one person there realized that it was for their sins he was dying, that He was suffering their punishment (for the wages of sin is death).  That He, just like the sacrificial lambs that were offered over the course of 4,000 years, had died in the place of sinners.  He who had never sinned, never deceived anyone, died in the middle of criminals, and was buried in the tomb of the rich.

The amazing thing was that it was the Godhead’s own desire to allow Jesus to be crushed and to fill him with grief.  Because even though He never had any biological children because His life was cut short, yet His sacrifice will result in a multitude of children, heirs of the salvation He supplied on our behalf.  He will be raised from the dead, never ever to die again and the eternal plan of God will be accomplished through Him.  When He sees the result of His great sacrifice, He will be satisfied.

By His knowledge of the pain and the ravages of sin, Jesus, the Godhead’s righteous servant, will be able to justify many sinners because He died for their iniquity.

We Are His Reward

Therefore, like a mighty general returning from war, He will receive His portion of the spoils—the people whom He saved—because He was willing to risk it all, to pour out His soul, His life, unto death, to die as a criminal bearing the sin of the entire world, and thus intervene on our behalf, the real lawbreakers.

This season, don’t just go through the motions.  Don’t repeat the same old cliches.  Instead, take time to really contemplate the last weekend of Jesus’ earthly ministry.  Then truly praise Him for the wondrous gift of salvation, purchased with His own blood, with all your heart, mind, and soul.

6 responses to “Has Jesus’ Death Become Too Mundane?”