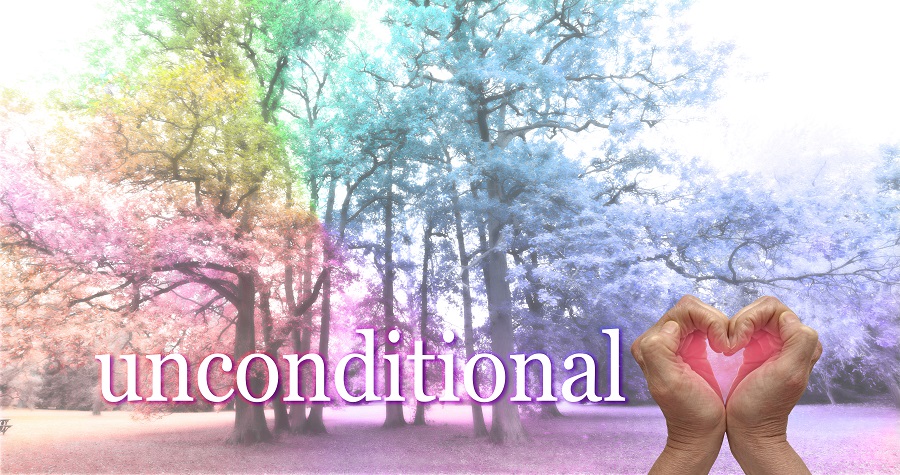 The Battle is Accepting It

Come and see a man who told me everything I ever did! Could he possibly be the Messiah? John 4:29

That has to be the strangest way to entice people to meet the Messiah. Think about it. If someone came and excitedly told you to come meet a man who could tell you all your secret sins, would you be eager to go see him?

Besides, if I were the Samaritan woman, the last thing I would want to do would be to proclaim to the townspeople that a complete stranger knew all about my sins without me having to say a word. After all, it was those very sins that made her an outcast in her own town of Sychar. They were the reason she couldn’t go to the well in the cool of the evening with the other women.

In fact, her past proved that she was worthless because she had been rejected by five men and the one she was living with now would not even honor her with marriage.

This is probably one of the longest conversations between Jesus and just one individual recorded in the Bible. The interesting thing is, on the surface, Jesus did not reveal any deep spiritual truths to her as He did in His conversation with Nicodemus. He did state that the place of worship would no longer be important. Going forward, people could pray to God and ask forgiveness for sins no matter where they were, and He would gladly hear and respond.

But that would not be particularly life-changing for the Samaritan woman who never went to Jerusalem to pray and offer sacrifices anyway. Plus, she already questioned the validity of the Jewish claim that Jerusalem was the only legitimate place to worship God.

Jesus did reveal to her that He was the Messiah.

Outside of His disciples, she is the only person He was so open with. But that is not what she proclaimed to the townspeople. Rather she first talked about how He knew all her sins and then asked them if that possibly proved He was the Messiah. She didn’t proclaim that He was the Messiah.

That’s why all my life I have struggled to understand what was really going on in this encounter between Jesus and the Samaritan Woman. But this last month, as I studied to write her story for my blog, God finally connected the dots for me, and I understood it for the first time.

Jesus did not reveal any doctrinal information that changed her life.

Jesus revealed God’s unconditional love to her, and she accepted it. That’s what so profoundly changed her life.

Jesus showed her through action and word that His love was not affected in the least by her sin, and that set her free.

As a result, she was transformed from a fearful reject into a powerful witness for Jesus.

If the Son sets you free, you will be free indeed. John 8:36

This is the same truth that Jesus revealed to the woman caught in adultery near the very end of His ministry. The pious priests and Pharisees dragged this woman to Jesus loudly proclaiming that they caught her in the very act of adultery.

However, Jesus did not react like they expected Him to. He did not angrily condemn her for her actions. He didn’t denounce the hypocritical men who dragged her there in the first place, and loudly proclaim their sins for the crowd to hear. He didn’t even ask where the other party was because for justice to be meted out, both had to be present.

To their astonishment, He didn’t say anything. Instead, He began to write in the dust. Frustrated, the priests and Pharisees drew near to see what He was doing. As they looked at His markings on the ground, each one saw the outline of their own sins traced in the dust. Shocked and embarrassed, they dropped their rocks and escaped.

After all of her human accusers left the scene, Jesus helped the accused, cowering woman to her feet and tenderly told her,

The love and tenderness Jesus showed the woman caught in adultery, set her free. She left the presence of the Messiah a changed woman. She no longer looked for love and acceptance through the things she did for other people, or even for God. She simply accepted God’s unqualified love and it set her free from the life of sin.

Therefore, there is now no condemnation for those who are in Christ Jesus… Romans 8:1

Condemnation imprisons. It plants fear in our very souls. Fear of God. Fear of man. Fear of one’s self.

There is no fear in love. But perfect love drives out fear, because fear has to do with punishment. The one who fears is not made perfect in love. 1 John 4:16-18

Fear torments, demeans, debilitates, weakens our defenses, and makes us even more susceptible to the devil and his lies and temptations.

In contrast, God’s love transforms because it is unconditional, never changing, all-pervasive, and overflowing. His love sets us free to become like Him.

However, accepting God’s love fully and allowing it to transform us doesn’t come naturally. Personally, feeling loved and accepted is directly connected to my behavior, my feelings, and frequently, my circumstances.

In reality, that’s the issue at the very core of the great controversy—the cosmic battle between God and the devil—that is being waged on this earth. What is the true character of God?

On the one hand, the devil is trying to prove that God’s character is NOT love. He is using all his power, lies, deception, and even force, to convince you and I, and ultimately the universe, that God is actually selfish, angry, vengeful, spiteful, untruthful, untrustworthy, and unloving.

On the other hand, God is doing everything He can to demonstrate to the universe what true love looks like and that He indeed is Love. (1 John 4:8)

Finally, be strong in the Lord and in his mighty power. Put on the full armor of God, so that you can take your stand against the devil’s schemes. For our struggle is not against flesh and blood, but against the rulers, against the authorities, against the powers of this dark world and against the spiritual forces of evil in the heavenly realms.

Jesus Himself said that “…the devil…was a murderer from the beginning, not holding to the truth, for there is no truth in him. When he lies, he speaks his native language, for he is a liar and the father of lies.” John 8:44

Unfortunately, it is not that hard for him to convince us to believe his lies about God because sin is hard-wired into our DNA.

The heart is deceitful above all things, and desperately wicked. Jeremiah 17:9

That’s why I cannot just “follow my heart.” My heart is “deceitful above all things.” That means my heart will lead me astray, deceive me, and lie to me.

My only safety lies in looking to God to lead my heart.

That’s why Paul continues his warning:

Therefore put on the full armor of God, so that when the day of evil comes, you may be able to stand your ground, and after you have done everything, to stand. … Take the … sword of the Spirit, which is the word of God. And pray in the Spirit on all occasions with all kinds of prayers and requests. Ephesians 6:13-18

I skipped a lot of the armor in this passage because I want to focus on the only offensive weapon mentioned—the Sword of the Spirit.

Remember, the sword is two-edged. In the original Greek, there was no punctuation and no verses or chapters dividing everything up the way they do today. Christians have long identified one edge of the sword as the word of God—the Bible. However, if you look at the passage without punctuation, you can easily see that the other edge of the sword is prayer.

Scripture and prayer are our only offensive weapons in this war against “the devil’s schemes.”

And Paul tells us to use God’s Word, the sword of the Spirit, to “…demolish arguments and every pretension that sets itself up against the knowledge of God, and we take captive every thought to make it obedient to Christ.” 2 Corinthians 10:5

The Bible, God’s Word, is the ultimate guide and the only completely reliable source of truth about God and His character.

And here is the critical part: the truth about God and His character contained in scripture is not dependent on my ideas, my feelings, my actions, or my circumstances. On the contrary, my thoughts, my feelings, and my ideas must be accepted, changed, or discarded according to the truth I find in God’s Word.

That is what taking every thought captive and making it obedient to Christ means.

But let’s face it, this doesn’t come naturally. Just like a soldier has to go through a lot of training to effectively use his weapons, you and I need to train in order to effectively utilize the sword of the Spirit.

In my next blog, I will share three fencing moves that are highly effective for demolishing arguments against the character of God and for taking every thought captive to the truth as revealed in His Word.