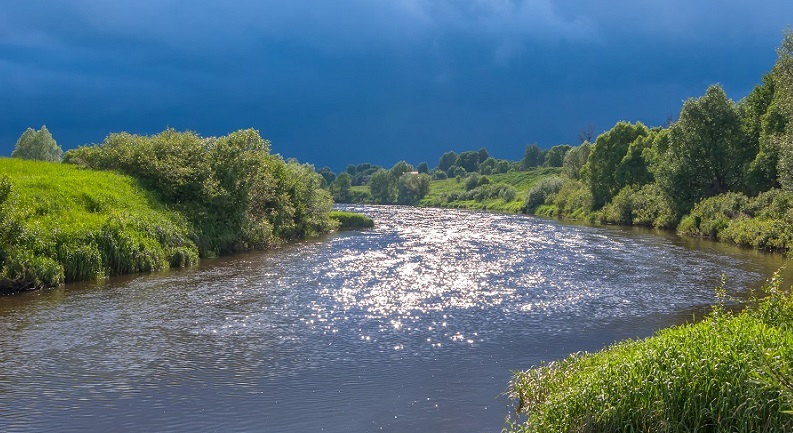 Joshua ran his hand through his hair for the umpteenth time this afternoon, a mixture of fear and frustration driving the action.  He cast a worried glance across the flooded Jordan river towards the city of Jericho.  They should have been back by now.

He didn’t understand why he’d had such a compulsion to send two men to spy out Jericho.  Not only was it dangerous to cross the swollen river, but he knew Jericho had to be on high alert.  No doubt his two men would be easily spotted and killed…or worse.

Just what was I thinking when I sent them anyway? he wondered for the 100th time since they had left five days ago.  I know what the city is like.  I was there myself 40 years ago.  Why did I feel compelled to put those two men in such a dangerous position anyway?

Joshua turned impatiently away from the river and faced toward the camp of Israel.  It was past sunset. He should go to his tent. His wife would be wondering what had become of him.

Suddenly behind him, he heard a whispered question, “Joshua? Is that you?”

In great relief, he turned to find two tired, hungry, wet spies walking out of the trees by the river.  A thousand questions ran through his mind, but he knew better than to voice them now.  Instead, he stated the obvious, “Boy am I glad to see you two.  I was beginning to give up hope.  Come home with me and my wife will fix you a hearty supper.”

It was the middle of March and it was raining.  Rahab knew that the people of Jericho thought it was an answer to their frantic prayers and grisly sacrifices to their many gods.  After all, the Jordan was flooding higher than any year in memory.  They were sure it would prevent the Israelites from crossing into Canaan anytime soon.

Rahab wasn’t so sure.  After all, the Israelites had crossed the Red Sea on dry land a little more than 40 years ago.  What was the Jordan at flood stage?

She stood looking out her window toward the Jordan River, even though it was too far away to see.  All she could see clearly from her window was the road that went from Jericho to the ford at the Jordan River.  Due to the rain, she couldn’t even see much of that today.

She turned and paced around her room again.  Like everyone else, her nerves were on edge. She couldn’t rest. All afternoon she had felt the need to get out and suddenly she couldn’t stand it any longer.  Rain or not, she needed to get out of this house.

Putting a shawl around her hair, slipping her heavier outer cloak on, and tying the belt securely around her waist, she grabbed a thick, tightly woven cloth she could hold over her head to shield herself from the rain and headed out into the cool spring rain to go to the marketplace.

She reached the market in record time due to so few people being out in the rain. Concentrating on avoiding the puddles in the road, hopping from high spot to high spot, she stopped a moment to plan her path to her favorite fruit seller.

Lifting the blanket higher so she could see across the square, she discovered she wasn’t facing across the square.  She was facing the alley by the tanner’s shop.  She started to turn away when a movement caught her eye and she took a closer look.

There were two men standing against the wall of the alley.  She couldn’t explain how she knew they were foreigners; she just knew.  The tension in their bodies was palpable and their eyes were fixed on something behind her.

Rahab turned to see what they were looking at.  It was a group of guards, huddled miserably under a seller’s awning, waiting for the rain to pass.

And suddenly she knew.  They were Hebrew spies.  A tingle went up her spine.

She swung back around to study the two men. She knew exactly how much danger they were in.

“God of the Hebrews,” she breathed.  “Is this the answer to my prayers?”

Analysis of the Bible Story

Jericho was slated for destruction and the people for annihilation. The city would be burned and its walls reduced to rubble.

No prisoners.  No slaves.

The Israelites were not even to keep the booty for themselves.  Instead, everything was to be burned and any valuable metals were to be put in the treasury of the Lord.

Jericho’s cup of iniquity was full.

This is oddly reminiscent of another city in the fruitful plain of the Jordan river—Sodom.  Sodom and its sister city, Gomorrah, had also filled up their cup of iniquity some 500 to 600 years earlier.

Only, God Himself took care of their destruction.  He rained fire and brimstone down on those cities of the plain and so utterly destroyed them that, to our knowledge, nothing has been found of them to this day.

However, unlike Sodom and Gomorrah where the people seemed oblivious to the fact that their destruction was imminent, the people of Jericho knew that their days were numbered.  They knew that Israel was camped just on the other side of the Jordan and that they were coming to conquer the land.

Also, they were well aware of the unbelievable victories the God of Israel had given them over two of the fiercest Amorite kings, Og and Sihon, on the west side of the Jordan River. What had really struck terror to their hearts was the utter destruction of the inhabitants of Bashan who seemed impregnable in their cities surrounded by solid, thick, high walls of massive stones, built on the edge of precipices or craggy mountains.

It is interesting to note that two spies were sent to check out both Jericho and Sodom.  In both cities, the spies were given shelter by an inhabitant of the city.

However, there are noticeable differences in hosts.  Lot is considered a godly man who is at the gate on the lookout for strangers to keep them from being victims of the infamous and rampant crime on the streets of Sodom.  Rahab is a heathen prostitute…with no connection, up to that point, with the people of God.

However, we quickly learn that she has implicit faith in the God of the Hebrews through her impassioned plea for the salvation of herself and her family in Joshua 2:8-12.

Lot and his daughters are saved from the destruction of Sodom more because of Abraham’s impassioned pleas than because of their own desires.  Rahab and her family are saved because, however faulty her understanding of the Hebrew God is, she knows one thing—He is the true God.  She is willing to do whatever it takes to be saved and become part of His people.

So why would Joshua, one of the original 12 spies sent to spy out the land 40 years before, feel a compulsion to send two spies into the city of Jericho?

Because the all-seeing God that we serve, the God whose character IS love, knew that there was one person in that doomed city who believed in Him and He would not allow her to perish…heathen prostitute or not.

For God so loved the world that He gave His one and only Son, that whoever believes in Him shall not perish but have eternal life. (John 3:16 NIV)

God’s extravagant, faithful, unending love for human beings who show the slightest desire to respond to Him is showcased in the story of Rahab.  Not only is she saved from the destruction of Jericho, but she becomes an integral part of the lineage of Jesus Christ, our Savior, and Mediator.

What a God we serve!

For further study, you can read the story of Rahab and Jericho’s conquest in Joshua 2 & 6. The story of Sodom and Gomorrah is found in Genesis 18 & 19.

New to my blog?  Click Here to receive a free gift and get notified of new blog posts.

If you liked this article, check out the article I wrote for  Christian Women online:  Is ALL Scripture Profitable for Instruction?